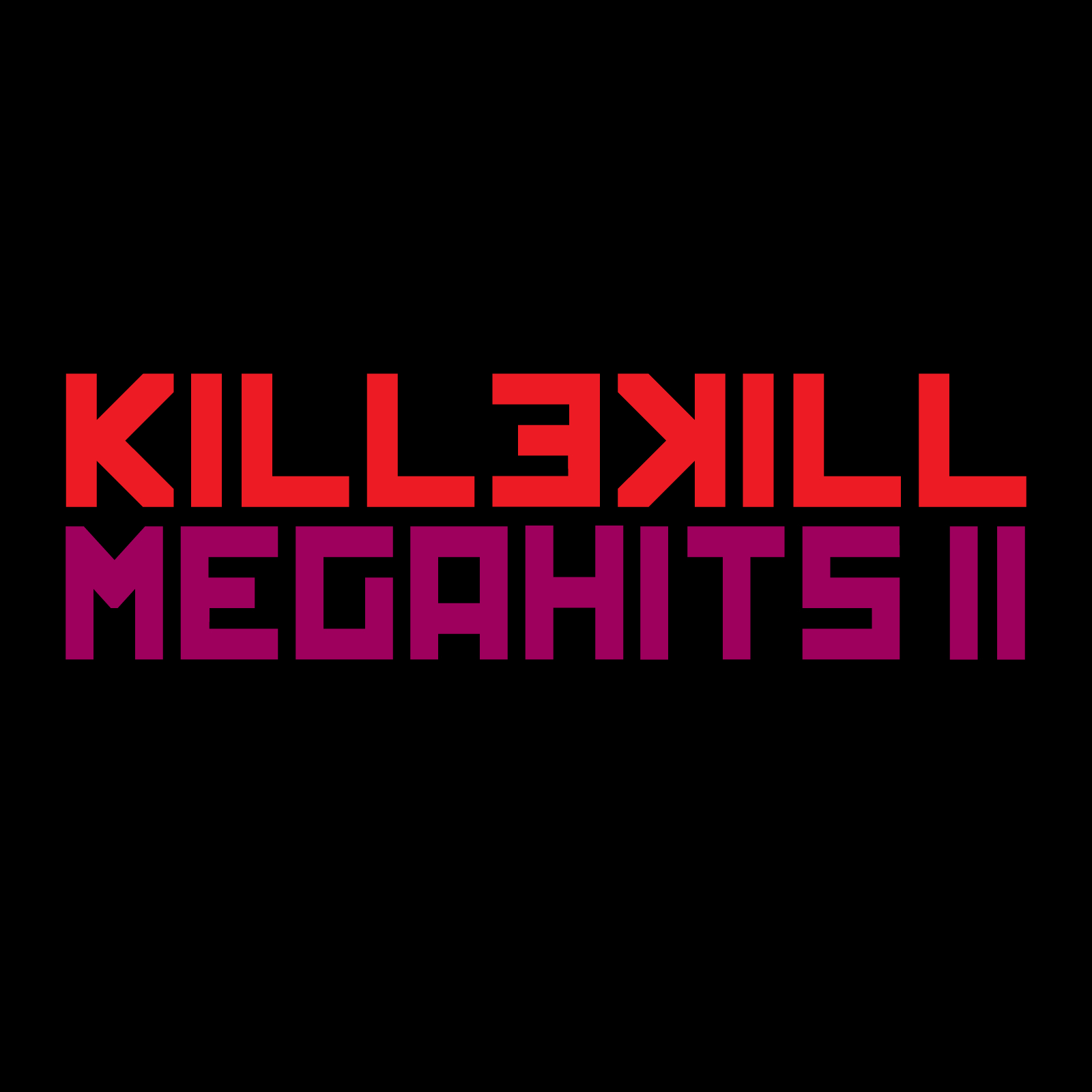 KILLEKILL catalogue number 025 is a jubilee release: It's KILLEKILL MEGAHITS II !! But it's not only a jubilee release. It's also milestone and turning point in the KILLEKILL history,
because with this release KILLEKILL closes one chapter, and opens up another.
We are constantly getting too many demos full with good music in way too many different styles to squeeze them onto one label. So finally we have come to the point where we will start a line of new labels with different profiles to give ourselves the opportunity to feature even more daring artists and release whatever we like in the most suitable outfit for it.
So far, there is this compilation, which has been carefully compiled for your pleasure. Label regulars such as CASSEGRAIN & TIN MAN, FURFRIEND, ALEX CORTEX or EOMAC have delivered high quality stuff of all kinds, but we are also introducing a lot of artists who will feature on the coming labels: UMWELT with his epic and dramatic electro, who will release an album with us later in 2016, DEZ WILLIAMS with his genre-crossing sound which works on every dance floor plus Power Vacuum's BINTUS who delivers his portion of electro/acid madness on Record 1. Record 2 features the legendary DETROIT GRAND PUBAHS, who present their electro outfit TECHMARINE BOTTOM FEEDERS, THE FOOL'S STONE, which is a new project by HARD TON, electro legend ADRIANO CANZIAN and italian queer artist Brigida plus London's underground hero JEROME HILL, who lets it jack and roll with his Memory Machine. On Record 3 KAMIKAZE SPACE PROGRAMME surprises with some bell-driven percussive techno and what can we say? It is with great pride that we include the acid techno epos by none other than the legendary 'Prince of Techno' BLAKE BAXTER.
This compilation is a trip through a big musical universe. Enjoy!