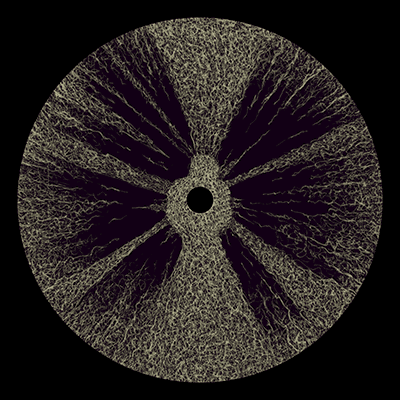 TOMMY FOUR SEVEN picked the title track SPECTRE, taking away some of the dense texture of the original, speeding it up a bit and adding some straight-forward percussion to turn the original into a big anthem for the mellow moments on the dancefloor.

Lars Stöwe aka Anstam is using his ANNO STAMM-alias to rip the distorted bassline of the grimey SU RIDDIM out and add some playful bassline variations and some serious 808 business to it to turn it into a peaktime banger with lots of chicago flavour.

AnD do what they do best and turn SHELL OF DARK into a half-tempo stomper that after a while breaks up to a devastating weapon of distorted drums and melodies.