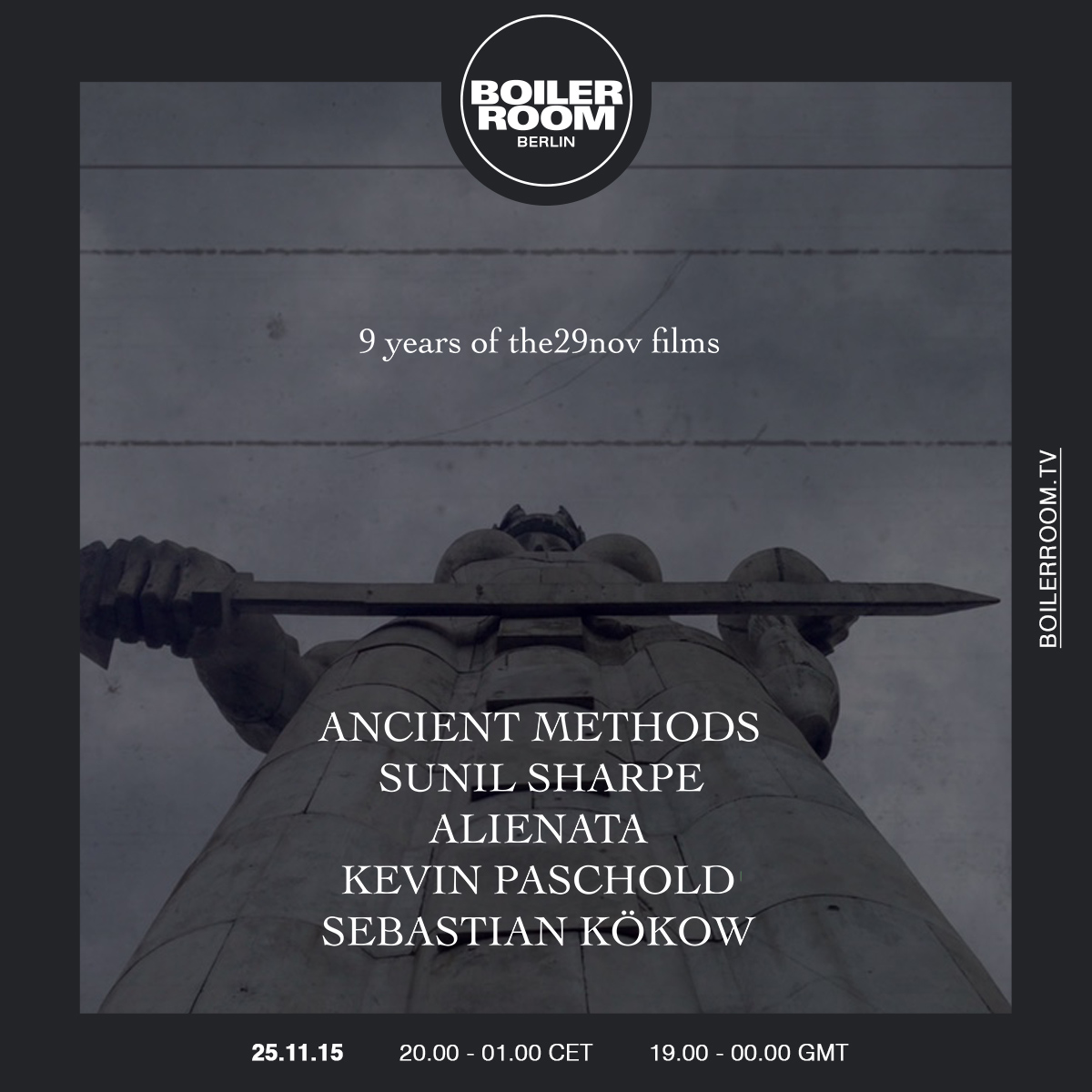 Boiler Room has invited the 29nov films for their 9th anniversary and it will be unique - that's for sure!

There are a few names which are synonymous with Berlin techno, and one of which is the29nov. The collective is perhaps best know for creating some of the best and most exemplar videos to some of the best underground techno tracks.

But it is more than that, as the facebook group of the same title features one of the biggest discussions and vehicles to share new and old music of the genre. They've also gained notoriety through their Berlin parties and will hold a 29 hour one with Staub at ://about.blank this weekend.

To celebrate 9 years of doing what they do best, we’ve invited them to curate an evening. The result will be a ground shaking event.

Prepare for a Boiler Room you have never seen before - with tweaking the visuals and the stream!