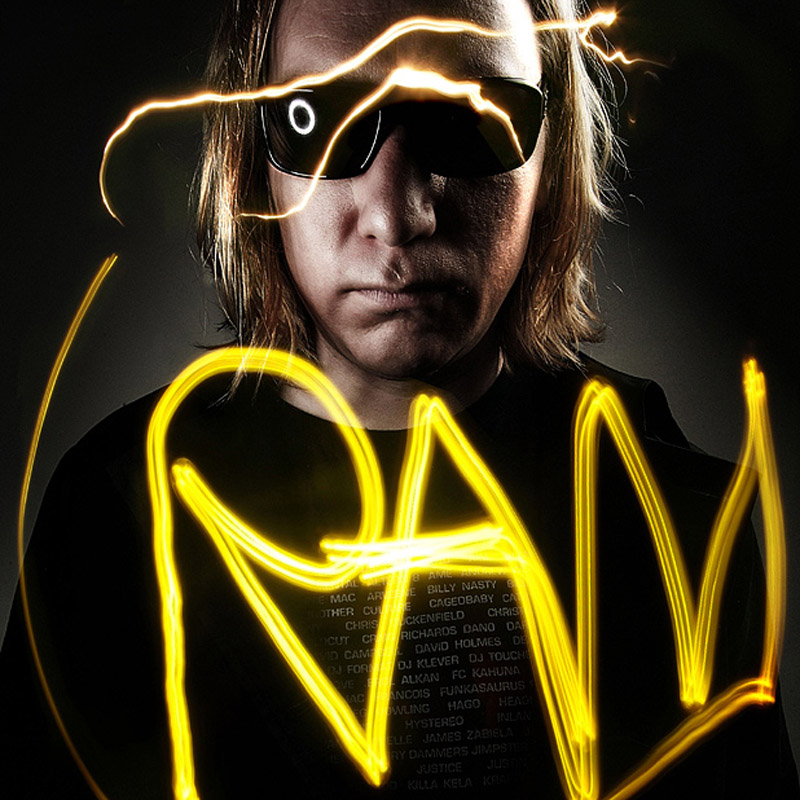 Keith Tenniswood (better known as Radioactive Man and to most perhaps best as one half of Two Lone Swordsmen with Andrew Weatherall) is one of those cult status DJ’s – skirting the vanguards of rave culture serving as the UK’s figurehead of Drexcyian born electro. Speak to many a contemporary and they cite R_man as one of their major influences and a producer and DJ doing very much his own thing. Tenniswood was in fact the first UK rep to bring DJ Stingray over to the UK to his infamous Control Tower parties – his fierce 150 bpm militant electro label co-run with Dexorcist and still vehemently carries the flag for that magnificently heavy beat.

Over the years, he’s put many accolades to his name – credited with co-producing with David Holmes the award winning ‘Lets Get Killed’, engineering the live sound for Sabres of Paradise on the Primal Scream UK tour in 96, being among the first to contribute to fabric’s mooted mix series and for Tenniswood it’s still his Swordsmen era album ‘Tiny Reminders’ that is to this day one of his proudest moments.

Live, he’s performed in many stand out situations as Radioactive Man as resident at Bloc festival, regular sessions at London home from home fabric as well as international festival and club dates – a highlight being at Sonar in front of 8000 international music fans before Jeff Mills and Mad Mike. His resilience to stick with a full hardware set up is guarantees that his trademark warmth and personality envelopes the crowd making the best outlet for his raw machine funk sound.

After a four year period of quiet, 2012 saw somewhat of re-emergence of Tenniswood to the music fold, with the release of his first studio album in four years ‘Waits & Measures’ getting pressed to wax courtesy of WANG Trax. It garnered support from a wealth of DJ’s including Dave Clarke, Daniel Avery and Addison Groove which even saw Norman Nodge selecting track ‘Nastyradio’ from the supporting ‘Engine’ EP for his critically acclaimed Berghain 6 mix. He also made his debut of the infamous RinseFM, featured on Dazed Digital’s mix series and became alumni on Rob Booth’s Electronic Explorations going on to show itself as one of their top ten most popular of the year.

This year a number of studio collaborations are coming to fruition with his project with Billy Nasty being released on rebirthed labels of legend Tortured and Electrix, studio time with dBridge is starting to pay off with a series tracks all on a more techno tip. On top of that a dub project originally recorded 6 years ago is planned for release this spring and it’s time for the R_man to get back in the studio invigorated from the reception to W&M, with the aim to return with another album later this year.