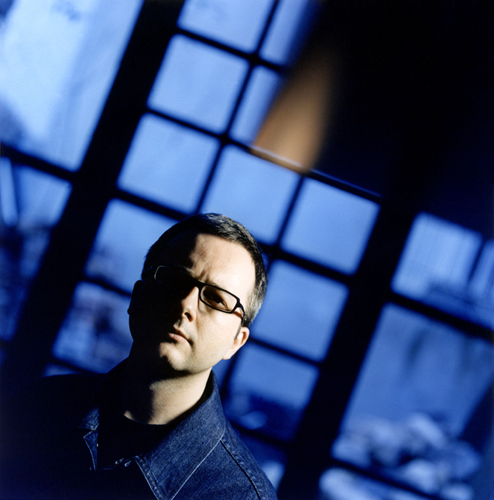 KILLEKILL is proud to present a live recording of an excellent live set of CARL FINLOW to you, recorded at the KILLEKILL ELECTRIX event on 07. October 2011.
To many CARL FINLOW will need no introduction with over almost two decades of pioneering work in electronic music under his belt. With a talent for creating sounds that are ahead of their time and a scarily robot-like ability to communicate with electronic equipment, Carl has created an extensive catalogue of work at the cutting edge of electronic music. And if you don’t believe us just ask the likes of Radiohead, Herbert, Richie Hawtin, Luke Slater, Francois Kevorkian or Andrew Weatherall, they’ll tell you.
Maybe it is the fact that some of CARL’s major influences are classic artists that he sets his standards so high, citing experimental godfathers Pierre Schaeffer, Varese and Raymond Scott  as his primary sources of inspiration. Or equally it could be artists a little further up the time-line such as Tomita, The White Noise, Yello, Prince, Thomas Dolby and of course Depeche Mode who have helped to set the bar way up high.
An early interest in making his own music, fostered by his Dad who bought him a Moog at the age of 13, an early mastering of his Sinclair Spectrum computer and a brief stint as keyboard player for John Peel favourites, The Bridewell Taxis, all contributed to bringing Carl to the point where he is today. Perhaps a pivotal moment was the appearance on stage in a full wet suit daubed with florescent paint with the Bridewells, who knows…. it was certainly hot!
As original visionary and fellow farm-dweller with Ralph Lawson in Leeds’ Rhubarb Triangle throughout the 90s, Carl forged a production partnership with Lawson that took them onto the international stage, remixing Blaze, Fatboy Slim, Jamiroquai, Swag, Swayzak, Josh Wink and Luke Slater. It was during these days of self-confinement in the Farmhouse (making only vital trips across the rhubarb fields to find food) that Random Factor was born and under this guise Carl began recording exclusively for 2020. But not content with one pseudonym, he is the master of disguise, also recording as Silicon Scally, Voice Stealer, IL-EK-TRO, Circle City, Scarletron and more conventionally CARL A FINLOW to give an outlet to the various sides of his musical palette.
Never quite leaving his roots in playing live behind (apart from the wet suit), Carl has developed a superb live set using Ableton Live (indeed, even demonstrating the software at various UK Universities to music students) to take his sounds on the road as Random Factor or Silicon Scally. He has played Japan, USA, Russia, Australia and Europe extensively.