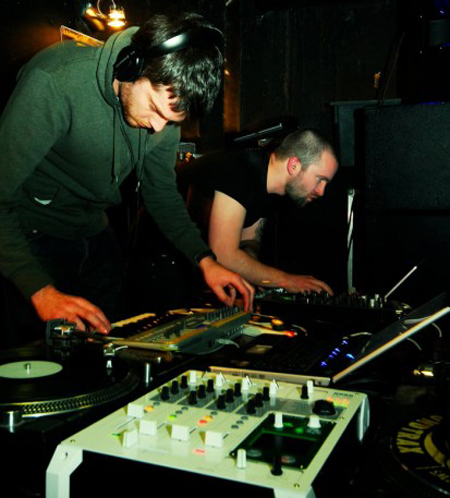 {arijtruncate moreText="[read more]" lessText="[read less]"}LAKKER are Ian McDonnell and Dara Smith from Ireland. The duo have a long history working together, beginning in 2001, in a band called :undermine:. They formed LAKKER around the same time and began a long journey through harsh electronics, breakcore and noise.
Fast forward to 2011 and the LAKKER sound has been pushed further and further into the unknown, from hauntingly beautifuly melodies to elastic hip-hop breaks. Their latest release SPIDER SILK (due out on a stunning white vinyl, complete with Dara’s screen-prints) is to Berlin’s much-respected Killekill label.
It is a solid release, affirmed by early festival airplay from no less than Aphex Twin himself. This one’s gonna be big.
Links:
Soundcloud | Facebook | RA | Discogs | Lakker