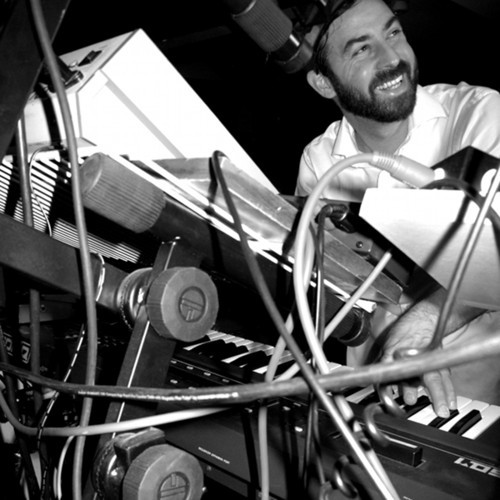 Next podcast in our series comes from one of our personal favourites.

Tadd Mullinix aka JAMES T. COTTON aka J.T.C. is one of our true heroes. When we had our hands on the first records of his on Spectral we immediately fell in love with his daring approach to club music. Raw sketches of great ideas - not clean, not cool, but human and deficient, singular and alive. So, signing this artist for our label is a great honour to us, and we are proud that besides presenting the eclectic SONIC CRIMINAL 12" to you, we can also provide you with this amazing podcast of his.
J.T.C. released 3 albums and several 12”es on labels such as: Spectral, Nation, Creme Organization, Shaddock, M>O>S and many more. As DABRYE he released on Ghostly International and Good Boy records and as SK-1 on Rephlex, Rewind and Planet μ.
Tadd Mullinix is also involved in the following projects: 2 AM/FM, The Saturn V, X2 and many more.
Tadd Mullinix, when not producing hip hop as Dabrye, has been leading the way for a new wave of jackin' house, acid house, techno and electro under the aliases James T. Cotton and JTC. Recording for Spectral, TNT, Nation, Creme Organization, Udek, Frigio, M>O>S, Minimal Rome, Frigio, and Relief, collaborating with Todd Osborn, D'marc Cantu and Traxx, and having remixed Orgue Electronique and Depeche Mode - he has received critical acclaim for his raw productions from influentials like Laurent Garnier, Traxx, and Trevor Jackson. And his records have been in rotation thanks to respected DJs like Theo Parrish, Sven Väth, Traxx, Carlos Souffront, Ryan Elliot, Ben Sims, Mick Wills, Serge, and DJ Qu. He's been DJing professionally since the mid-90s, meanwhile drawing influences from Ron Hardy to Jeff Mills. JTC has been touring the world and also playing regularly in his hometown, Ann Arbor, blending seamlessly, unreleased toriginals, techno, disco, and everything in-between.
In 2010, at the University Of Michigan, Tadd performed with Laura Kuhn, director of the John Cage Trust, Cage's "Indeterminacy".