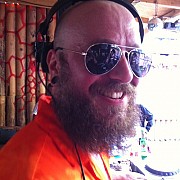 HANNO HINKELBEIN has been an essential part of the whole Killekill thing right from the start - a good mate with a great taste in music.

So here is one of his mixes finally!

Hard stompin, raw and energetic - this is Hanno in full effect. Check it out! liner notes:

HANNO HINKELBEIN released a lot of records, used to run the legendary noise techno label NULL and is a proud owner of a golden record for a remix he made for 2Raumwohnung. Seriously!