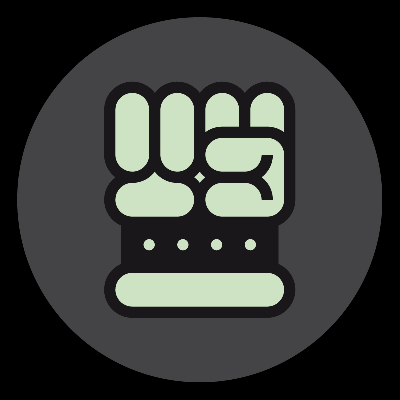 FURFRIEND is everything you never dared to sex about. From the depths of warm and tight cavities come the two fuck pets DINGO TUSH (vocals) and DAS UBERDOG (production) be it the pleasures of gay circuit life or the sweet feel of sheep in their best years - FURFRIEND covers it all and more.
The techno duo doesn't know their origin exactly - their memories go back to dark but also jolly times at an animal shelter in antwerp where they were kept until MUM, their recently deceased fostermother picked them up, to have them join her 21 other pets. It was a hard childhood, not even knowing what type of mam- mal you were, but the toughest part was being relentlessly used by 'MUM' as a sex slave, having to fulfill all her sexual desires in order to get a bit of food.
Then the confusion that arose when MUM was killed having sex with her oldest aquisition ‘Bob’ the german shepherd who couldn't take it anymore and ate her face - the poor guy was put down right in front of their face. Now, being freed from the clutch of MUM Furfriend look into the bright future of being popstars, knowing this is what they were born to do.
DAS UBERDOG has been listening to MUM's records on headphones ever since he found the power switch for the stereo - it was clear back then he would become an awesome producer. DINGO TUSH, the singer of the duo, howled the melody of 'my favourite things' when MUM was watching her favourite show: ‘The sound of music‘ - they were clearly bound to become a music production team. It just had to happen eventually.
These times are long past now, but they have left a mark on their souls which they heartbreakingly sing about in songs like ‘GECK’ ‘FIST FUCK’ or ‘SHEPHERD’ which relates to the tough life, herding sheep just after MUM had passed away. Originally based in Antwerp the duo has now made a move for Berlin.
“Antwerp was just not the right place for us.
As much perversion as there is in belgium, it is the people of Berlin we love for the open sexual deviance present all over Berlin. We think this is the right breeding ground (haha) for our art.” says DINGO TUSH, the band's cockslinging singer. Techno just has a different meaning here - everybody does it, spit in a corner, and you’ll hit a DJ! This is perfect for us because it shows what people really want. and we are here to give it to them.” adds DAS UBERDOG, the musical genius behind the furfriend productions.