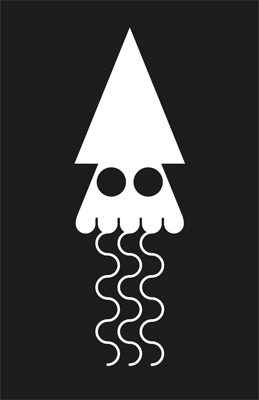 The KRAKE rises for the fourth time this year!Krake means octopus and the festival is organised in a comparable way: reaching out to selected locations during one week, presenting the best in electronic music, whatever style it is. The festival is not huge, not expensive, does not have sponsoring deals or four different colour area passes. It’s just a good and so far successful try to bring back the focus on artists who dare to step off the beaten tracks.
A festival for music lovers.
Come on and go down wih us!

With MONOLAKE and CRISTIAN VOGEL the opening of this year‘s festival features two of the most prolific artists in electronic music. Both have prepared special live audio performances to amaze the seated audience. From CRISTIAN VOGEL whose latest album on shitkatapult displayed his latest moves straight away from the dancefloor, we do not know what to expect, but we know one thing for sure: it is going to be extraordinary and outstanding, as everything this man has delivered in the last decades.
With his oustanding sound design and his experimental approach to electronic music ROBERT HENKE alias MONOLAKE has been a major influence to artists of all forms of electronic music. Weare looking forward to the special performance he has prepared for this evening: THE GHOSTS IN SURROUND.
Expect some weird and dark sound experiments from newcomers PROKYON and PHAROAH CHROMIUM, the man with the digital flute.

The wednesday at the Berghain Kantine has a tradition. The history of the Killekill label which is the main force behind the Krake Festival has started here, and this day in the mid of the week has been an essential part of the festival from the beginning. For this year we have prepared a collection of artists with a focus not on sound and music only, but on strong and weird live performances.
The project FURFRIEND is all new. They just released their first 12“ in June. But with their first track that was featured on the killekill megahits compilation, they have already created a big buzz about them worldwide. Gay porn jack they call their sound, and this is what it is: mega explicit lyrics, that will probably have to undergo parental advisory laws in many countries over heavy jacking beats. With a live performance that is being prepared for a long, long time now, they will rule the dancefloors very soon. Get ready for some serious shit!
HARD TON are the italian duo with the larger than life disco sound and a surprising love of metal. Fused together in 2008 from the musical loins of DJ Wawashi and heavy metal singer Max. Sylvester-styled falsettos conjure up memories of smoky dancefloors during the heady days of HI-NRG, which combined with a contemporary sound of accelerated beats and screaming acidbasslines, shows a nod to the past can result in a slap across the face for the present. Their incredibly well designed costumes show a serious disrespect to any rules of mainstream media standards, but are of unbelievable beauty at the same time. And their live performance is incredible.
ANKLEPANTS, the third act to perform live that night, hmmmm, how can you describe that??
Think of dubstep-techno-breakcore-electro-IDM performed of a guy in a dracula costume and a mask on that features a moving penis in his face. Nuff said?
Killekill boss DJ FLUSH and hard tons DJ WAWASHI will complete this night with their daring sets.

For the weekend we move on to our main venue. The Suicide Circus offers a midsize club floor with a very good soundsystem and a beautiful outside open air area.
DASHA RUSH, who is known mostly for her dark techno music, will present a very special experimental live set to open the main floor for the night. By producing one milestone after another and crossing all genre-borders, UNTOLD has proven himself to be one of nowadays most relevant dance music producers (whose epic tracks will last much longer than 99% of what is being put out these days).
PHON.O is a Berlin based producer who has been around for a while, but just recently picked up speed and became a substantial part of the 50 weapons family of the infamousModeselektor guys. We are proud to present his bass-heavy and melodic live set.
BILL YOUNGMAN has been around for almost 20 years with releases on legendary labels like Serotonin, Scandinavia and Tresor. He crossed many styles from melodic electro to really, really harsh techno, but recently he seems to have found his very own style. The music he released on Killekill in the last two years show a very singular approach to techno and electro.
percussive, deep, melodic, toolish - all at the same time.Supported are these exclusive acts by some of the finest Berlin underground selectors.Get your treat!

The evening will be opened by a mid night concert by FENNESZ. He produces ambient music of an extraordinary quality by layering more and more drones and little sound details taken from field recordings to build up sound walls of unheard intensity. To hear this on a proper club sound system will be a unique experience. Come early to hear his midnight performance!
DOPPLEREFFEKT - we can‘t describe how happy we are to have this legend at our festival! Godfathers of electro, the purest of all, they have produced uncountable anthems of this genre. Their first release in years is scheduled for later this year, so we are awaiting a live show with new exclusive material. W O W !
FRANK BRETSCHNEIDER, part of the legendary label Raster-Noton and without any doubt one of the most prolific experimental producers of the last decades, will present his new album, that was released in late june this year. Later in the night techno legend Adam X will deliver some dark, heavy and experimental techno under his alias TRAVERSABLE WORMHOLE.
DJ FLUSH and FIST VAN ODOR will add their weird dancefloor flavours to the mainfloor ingredients.The open air floor will be treated with dub techno and electro of the likes as SEBASTIAN KÖKOW, ADRIAN FRIEDRICH,GEN.hectic and closed by Krake co-curator ADAM WEISHAUPT.

For the last day of our festival we are making a big move. Straight from the Suicide Circus we take you to the beautiful open air space of Kiekebusch outside of Berlin. Watch out for the shuttle busses going there directly from Suicide Circus on sunday morning!Later shuttle buses will go from Zeuthen, which is easily reachable by S-Bahn, straight to Kiekebusch.
Arriving at the festival area, located in a grove next to a pond with a beautiful sand beach, we will await you with a very special line-up on two floors to party, freak out and listen to music with us in the sun. In case of bad weather we have a huge circus tent that can take up to 1000 people and also offers a fantastic atmosphere. So don‘t worry about anything! Just come and enjoy the last day of our festival with us!
The techno floor will be opened by EOMAC - expect anything from blistering techno to haunting 2-step to the darkest depths of dubstep and back again - who will be followed up by Holland diy legend I-F with his indescribable mix of Acid, electro and italo disco. NATHAN FAKE and MAX COOPER will show you the ropes with their unique techno sets - melodic, dreamy on the one hand, dark and driving on the other. The second floor will be focussing dub, electronica, dub techno and other chilled out styles, which will be delivered by icons of these genres such as DADUB, AL HACA SOUNDSYSTEM, HUBBLE and others.